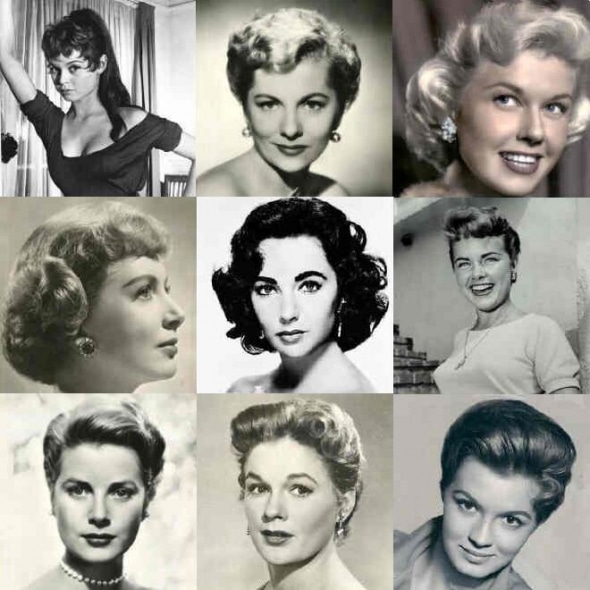 Back in the 1950s before Vidal Sassoon came onto the scene, every one walked around with stiffly-coiffed up-dos, worlds apart from what we see on women on the street today. But they were certainly glamourous, voluminous and fabulous! These looks are still influential today. The downside though, was that these looks are restrictive and took a significant amount of time to achieve. And on a day-to-day basis? Especially for women, emancipated and ready to join the work force then… these styles might have been quite a bane to create on the daily. Luckily, Vidal Sassoon came along and shook things up. Starting his first salon in 1954, his influence really took off in the 60s. It was the spirit of the moment too – change was in the air, women were joining the workforce in unprecedented numbers – everyone was ready for a change. And what a change it was:

“If I was going to be in hairdressing, I wanted to change things. I wanted to eliminate the superfluous and get down to the basic angles of cut and shape.” – Vidal Sassoon

Fast-forward to the year 2014. Now that our hair is allowed to be free and flowing – no more hair hang-ups, right? But on a daily basis, stylists here at Hairloom often hear customers saying:

“I won’t look good with bangs”

And we understand the feeling. Because change, even the good kind, or the anticipated kind, is scary.

“I won’t look good with my hair let down!”

“I won’t look good without my up-do/hairspray!”

Many women in the 1950s must also have thought.

It seems like even in the year 2014, although no longer restricted by copious amounts of hair lacquer on a daily basis (phew!) we are sometimes we are still caged in – by perceptions, expectations & misconceptions – and this affects the way that we think we think about our hair, and what we can look good in – and this makes us resist change. Truth is, just like women of the time, all these thoughts may have been caused by misconceptions or just not having met the right hair professional yet. Sometimes all you need is that one experience that changes your mindset. Because sure, Sassoon’s looks were powerful and groundbreaking – but it also took many positive and influential figures to bravely welcome, adopt and model the change that Sassoon created with his scissors – people like Twiggy, Mia Farrow etc – before the look became mainstream. And with that, change reached its tipping point. And that is why the Vidal Sassoon philosophy is ever more alive and relevant today. For the modern woman, it still allows her to embrace her unique personality while having hair that looks fabulous, but not restrictive – in more ways than one. Whether bangs, asymmetrical cuts or eye-catching colours, his technique makes all that possible – while setting women free from the mindset that they might be limited to certain looks that they can only look good in. His work still encourages professionals to take risks and create their own ground breaking looks. By using architectural lines and shapes, it has inspired hairstylists all over the world to re-apply them in all ways and forms creatively that can stand the test of time. Isn’t it amazing how his true revolution then, really lay in something so seemingly ordinary – the hair on the top of your head? In the next part, we’ll delve more into the technical aspects of a VS haircut, and the possibilities they represent for you!  (sources: NYtimes, AV club)   Hairloom is the Official Hair Partner of Vidal Sassoon. Get ready to #getSassooned!


In October this year, Calvin and stylists Peter & Reno took full advantage of being…

Did you know Hairloom stylists are trained in the Sassoon technique? Stylists go through training…